Small towns like Sorrento, Ravello, and Amalfi are built into the craggy cliffs all around Positano, each with its own set of legends, myths, churches, villas and complex history going back centuries in time. With transportation having its own set of complexity, Pam and I opted for a driver to further us down the Amalfi Drive.

Every turn is a tight squeeze.

The gardens at Villa Rufolo are legendary and together with the views, it was a glorious day.

A 13th-century Moorish Tower marks your entrance to Villa Rufolo in Ravello.

The cloister with its colonnade of pointed arches is a perfect example of the Arabic-Sicillian style of the period. Some believe it to be a smaller version of Spain’s famed Alhambra.   The renaissance author, Boccaccio, wrote the story of the villa and published Decameron in 1353 and hints of hidden treasure and royal banquets were

Imposing interior has not been restored.

The famous German composer, Richard Wagner, wrote his second act of Parsifal at the villa. The town has become knows as a “city of music” and center for the  annual summer concert series that brings visitors from all over the world from March thru October to the grand orchestral performance stage on the villa’s piazza below. 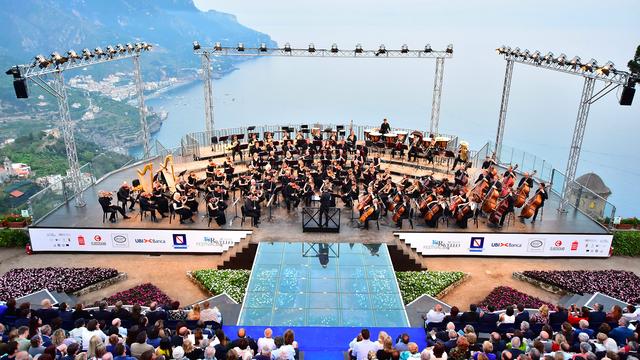 It is the gardens to which visitors flock and whose breathtakingly lush floral patterns beam proudly all year. 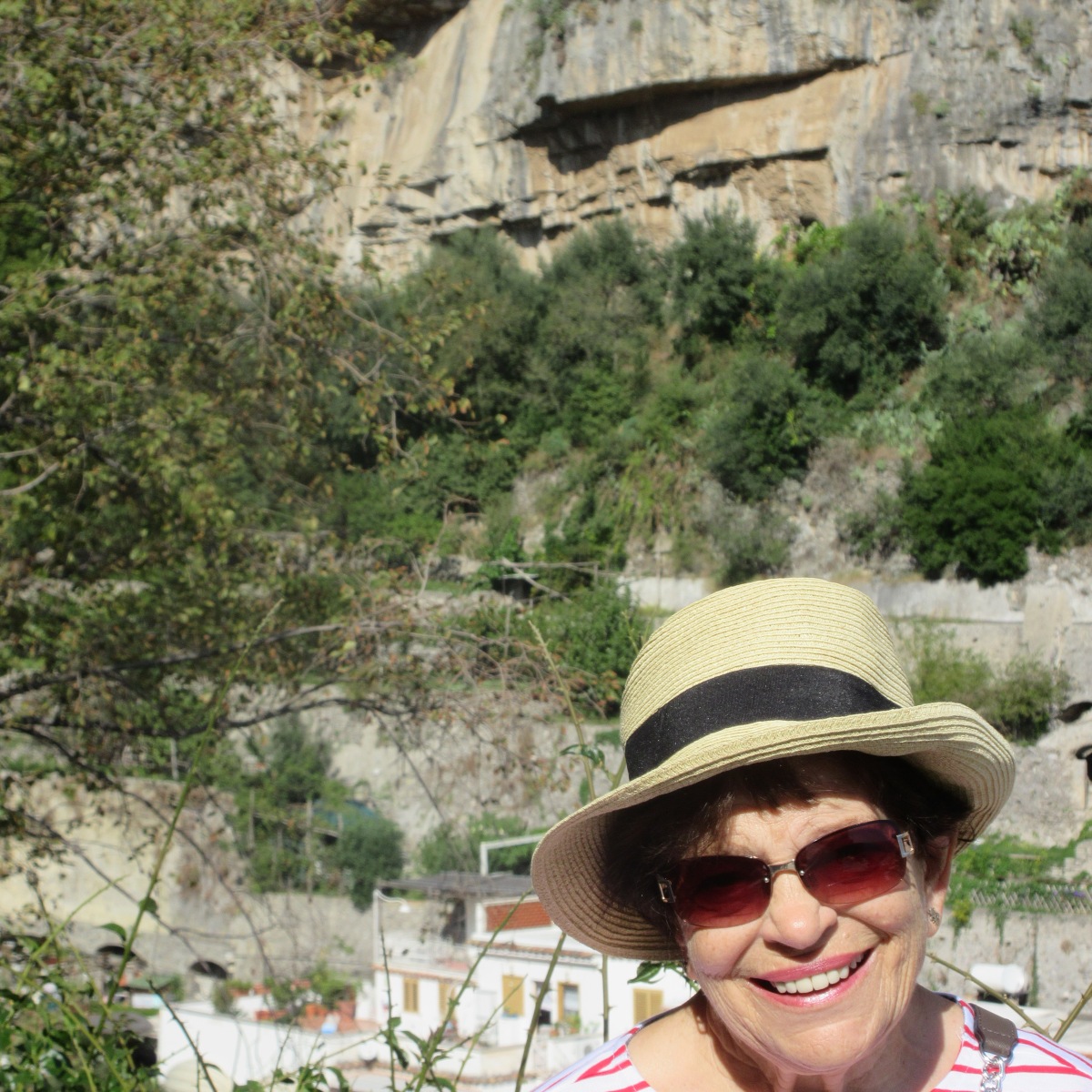 Six months ago, after my return from the Positano trip in Italy, I was faced with the task of finding another home, smaller, more manageable and affordable. Between the finding, the organizing and downsizing, searching out the location and moving, we are glad to be settled despite the corona virus shutdown. I’ve been unable to write or do much of anything else besides “the move”.  We’ve survived the stress and disruption with hopes our vulnerability will also exclude the virus so we can get on with what lives we have left.

As the plan for our brand new back yard is taking shape, I’m reminded of the glorious grounds surrounding the villas we saw. Perhaps starting with the one in which we were lucky enough to have won a stay, Villa Magia, I want to share the views, terrace and surrounds. If you can survive the 180 stairs to and from the town below, there is a street scene to visit. 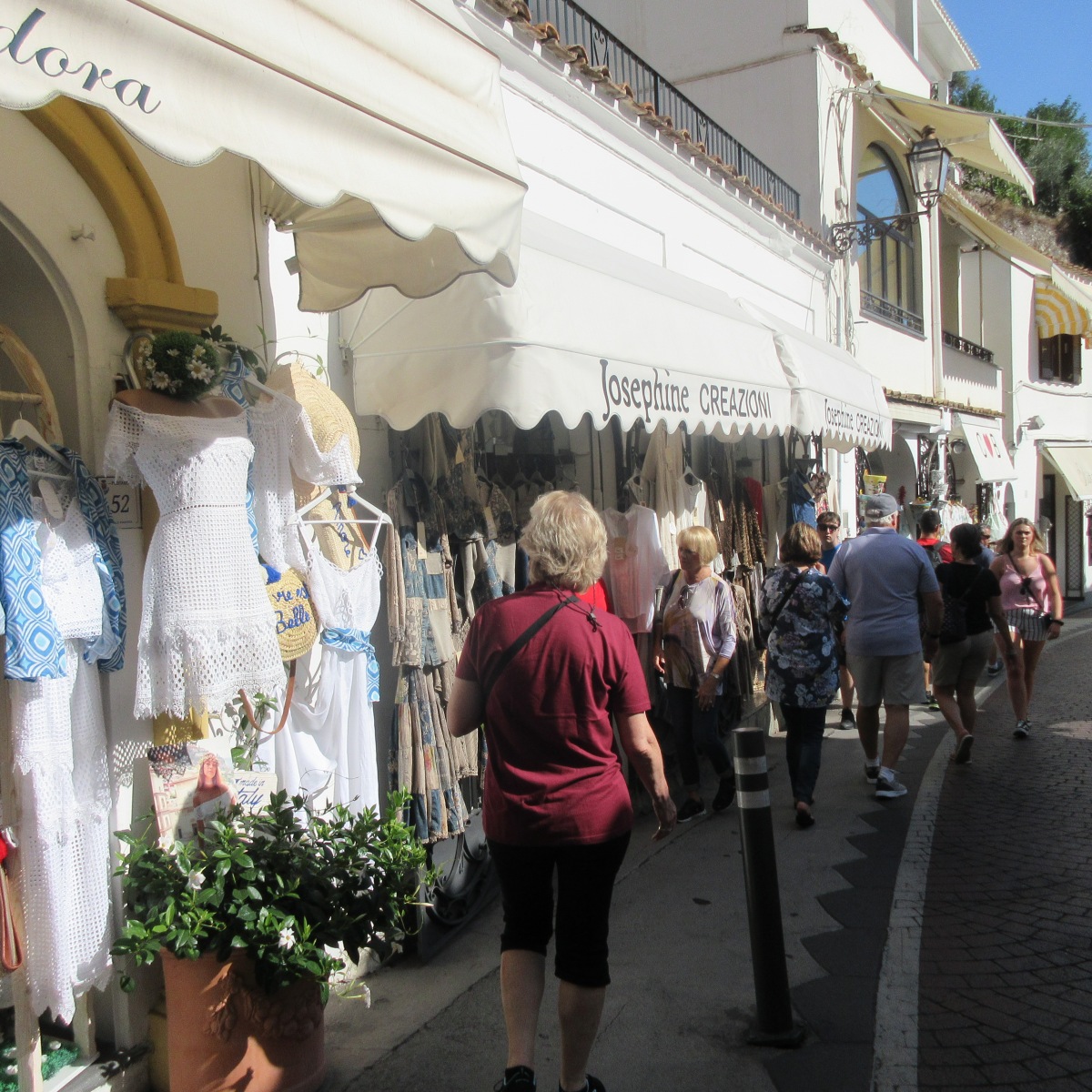 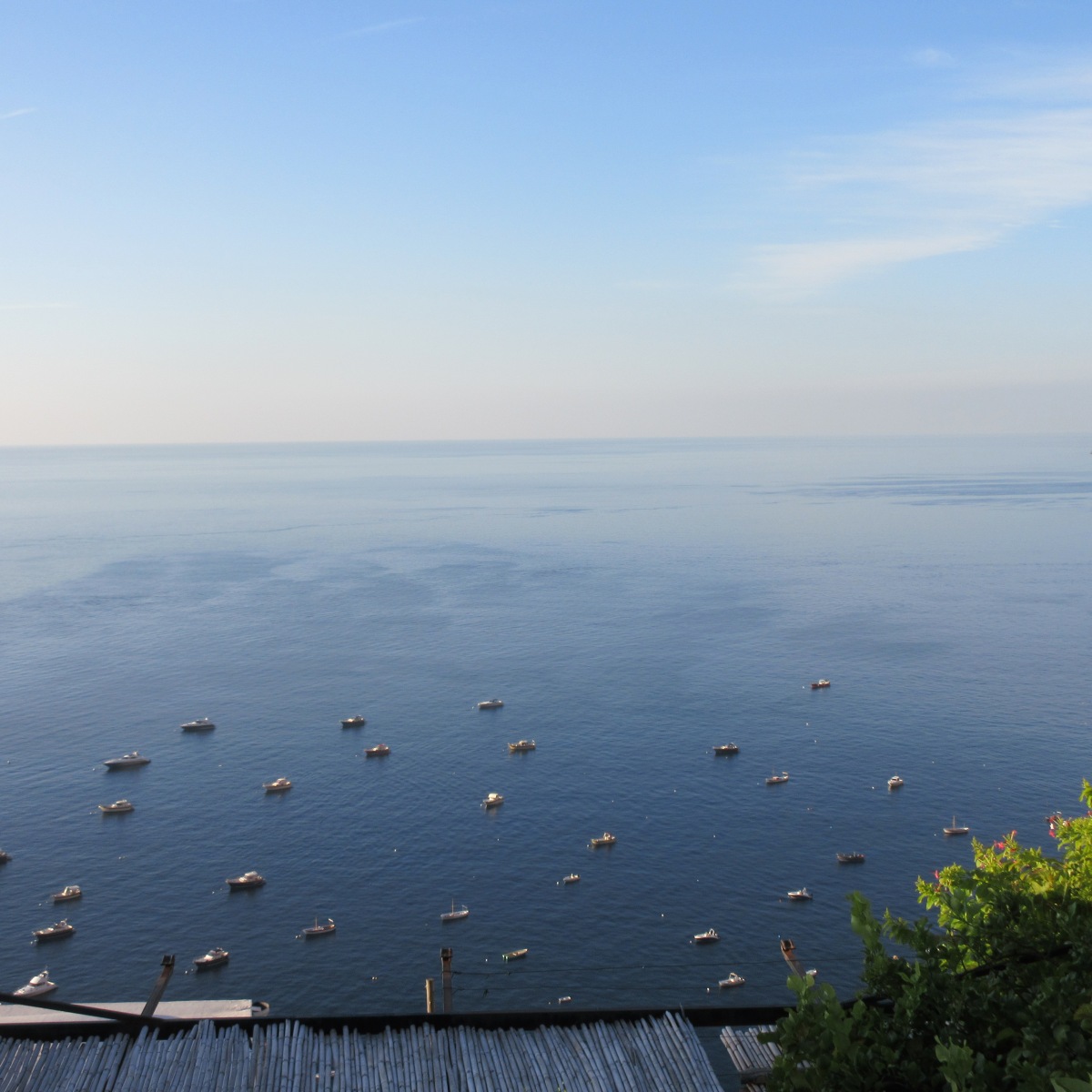 Breathtaking views from the Villa

A boutique hotel with every luxury. 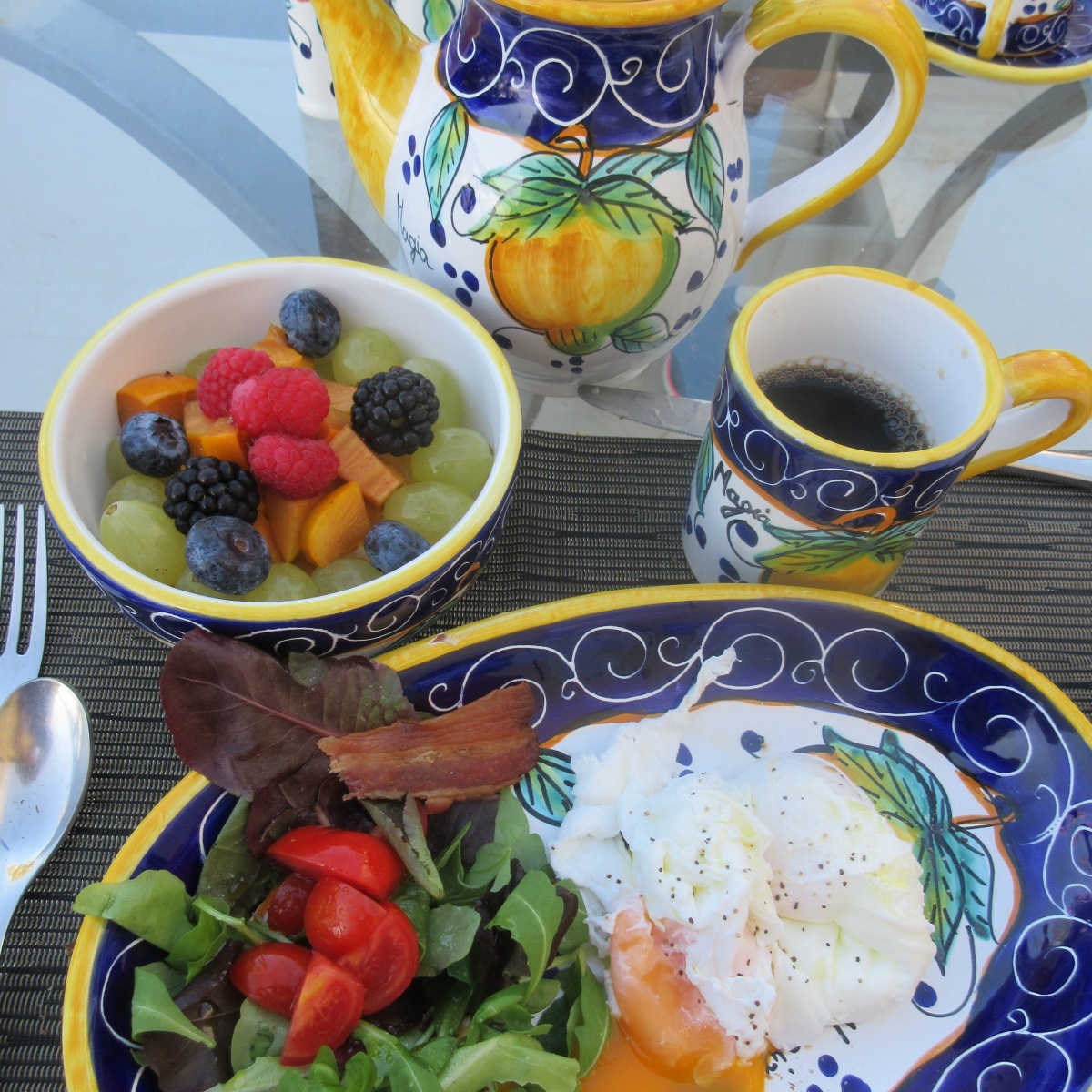 Breakfast on the terrace with views. 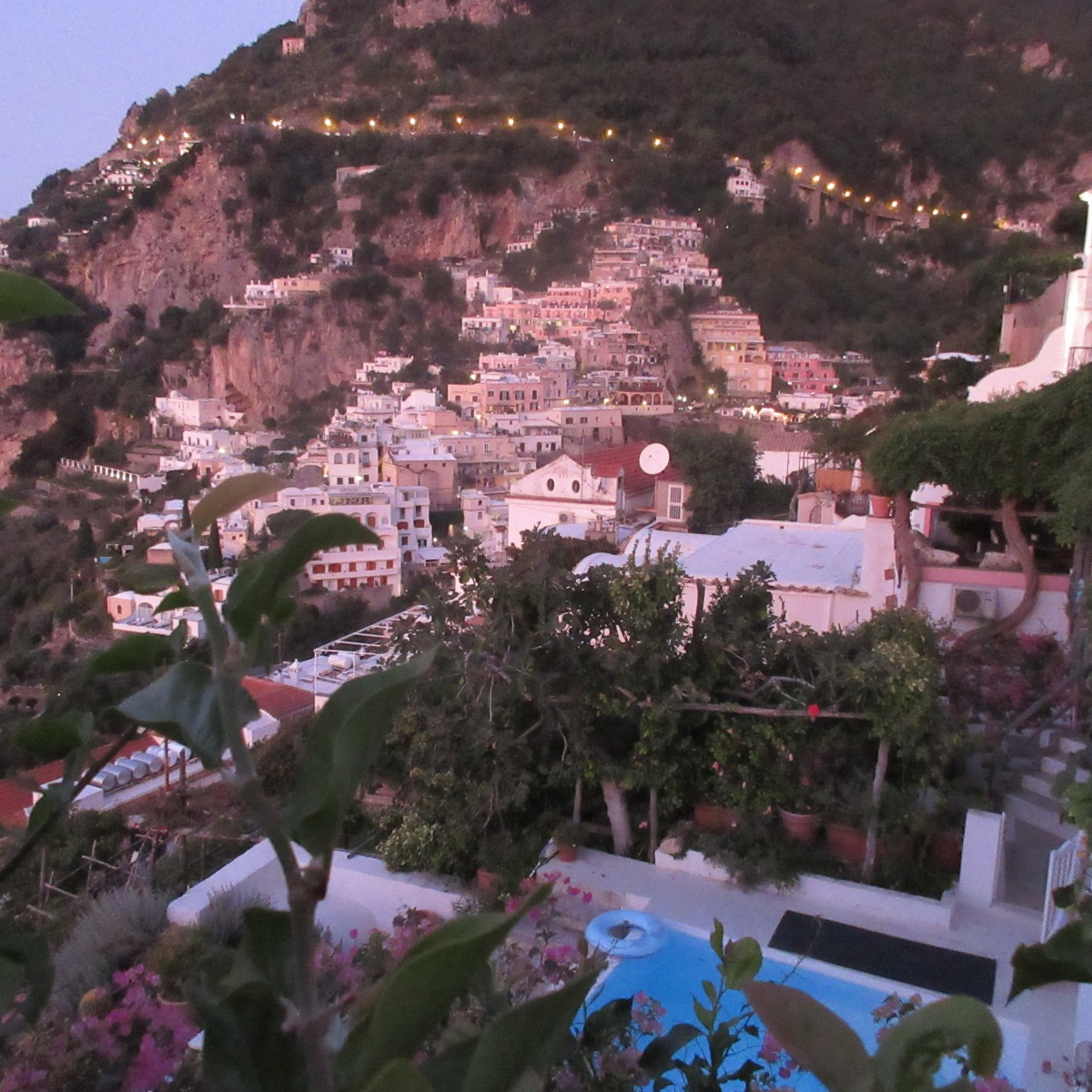 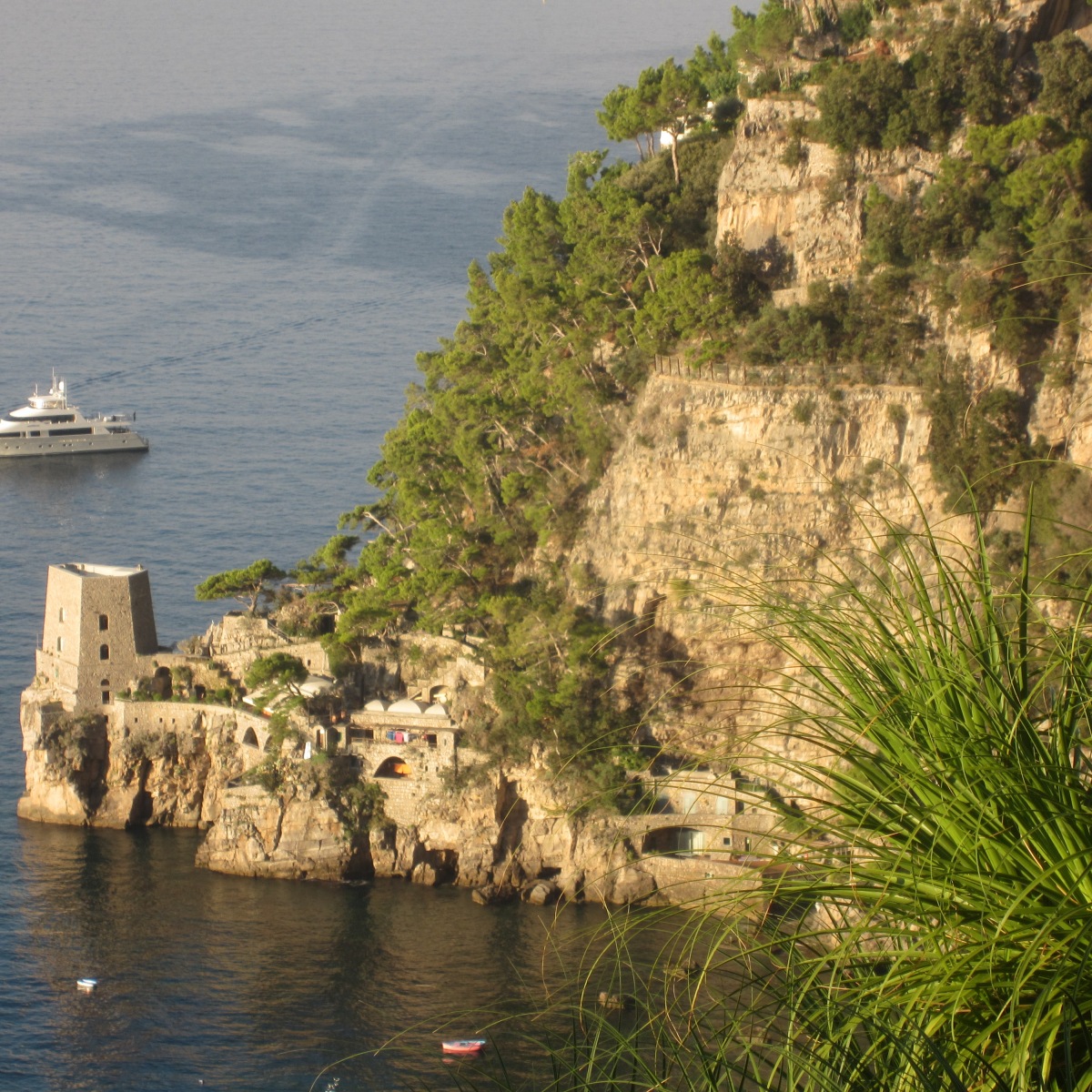 One of many ancient saracen outpost lookout towers.

Breakfast served on the terrace.